My thoughts and experiences on programming, life, atbp.

Powered by jekyll and codinfox-lanyon 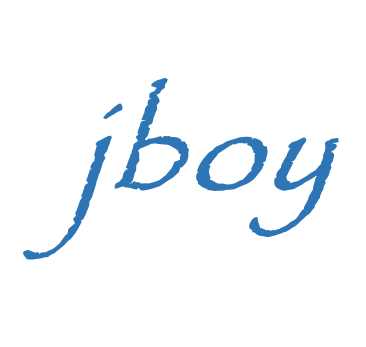 Jeremiah Flaga My thoughts and experiences on programming, life, atbp.

(This post was originally from the Memorabilia section of this site. But I moved this to the blog section because I am going to discontinue the Memorabilia section. I think the chronological/historical organization of things is a better way of doing things on this site/blog of mine because it can clearly show that things change, and that people change, and that I change.)

I’m a biased person, and part of my set of biases is this: “everyone is biased, including you and me”.[1] If you say that you are not biased, but neutral, then that is already proof that you are biased because you already stated your disagreement with me (and with many others who believe that everyone is biased).

This blog post contains quotes about this “everyone is biased” thing.

I believe that this “everyone is biased” idea is very valuable. I think that when we understand that everyone is biased, it helps us be more empathetic towards other people… because it will give us hope… that if we will just dig deep into learning about the biases of other people, we can be able to understand them more deeply, and might be able to find techniques in changing their minds (if we want to) in a peaceful and rational kind of way.

Here are the quotes:

Since everyone has a worldview, everyone has a bias. All of us are naturally biased toward our own worldviews, and all of us tend to interpret and evaluate the world in accordance with our worldviews. So do I have a bias? Yes of course — but so do you!

The real issue isn’t whether we have biases — we all do — but whether we’re aware of them and able to think critically about them.

— from the Introduction of “What’s Your Worldview: An Interactive Approach to Life’s Big Questions” by James N. Anderson

Each of us tend to think we see things as they are, that we are objective. But this is not the case. We see the world, not as it is, but as we are — or, as we are conditioned to see it…

This does not mean that there are no facts. [There are] facts. But each person’s interpretation of these facts represents prior experiences and the facts have no meaning whatsoever apart from the interpretation.

The more aware we are of our basic paradigms, maps, or assumptions,… the more we can take responsibility for those paradigms, examine them, test them against reality, listen to others and be open to their perceptions, thereby getting a larger picture and a far more objective view.

— from the “Inside-Out” chapter of “The 7 Habits of Highly Effective People” by Stephen R. Covey

It is not a matter of whether one is biased or not. It is really a question of which bias is the best bias with which to be biased.

Most people today have not given much thought to their own worldview. In fact, many people do not even realize they have a worldview. Many people tend to think that all knowledge is acquired by unbiased observation of the evidence around us. This view is called “empiricism” and is itself a kind of worldview. We cannot help but have some beliefs about how the world works, how we attain knowledge, and how we should live. Even if we believe that we have no such beliefs — this is itself a belief. So there’s no escaping it. A worldview is inevitable. A rational worldview is not.

— Jason Lisle (from “The Ultimate Proof of Creation”)

When it comes to the political and cultural left and right in this country, it’s not that on one side there are those who want to control information and those on the other side who do not; it’s all a matter of what kind of information which side wants to control. When it comes to this kind of question judgmentalism is found everywhere; it’s just a question of who’s making the judgment and what kind of judgment one is making.

— Greg Bahnsen (from his lecture on “The Myth of Neutrality”)

Part 1 of Dr. Greg Bahnsen’s video lecture series, Basic Training For Defending the Faith, is titled “The Myth of Neutrality.” The title sums up the lesson succintly: neutrality is a myth. In this lecture, Dr. Bahnsen teaches that the idea of neutrality — be it intellectual, philosophical, emotional, scientific, or in any other area — is a myth. You see and read several passages of Scripture that prove this. Jesus spoke definitively about this (Matthew 6:24, Matthew 12:30).

— from a commentary on Dr. Greg Bahnsen’s lecture on “The Myth of Neutrality”

The myth of neutrality applies to all levels of reasoning, even in matters that one would consider trivial or surface level.

— from a comment by someone named Josef in here

— Jordan Peterson in about 00:53:00 of the 2nd part of his discussion with Sam Harris (moderated by Bret Weinstein)

Other quotes which might not be directly related to this “biased” thing, but might still be related…

“I believe that we need to have our theories prior to our interpretation of the facts.”

“Theories are eyeglasses and we put that for us to be able to read.”

“Without theory there is a bunch of data but I can’t make any sense out of it. Theory allow me to then interpret that data and make sense of it.”

I found this news on my facebook feed which might interest you: “Secular researchers agree: worldviews control science!”

[1] My thought process is heavily influenced by Christian evengelicalism and the quotes in this page are mostly coming from Christian evangelicals.

Today, year 2019, I am still convinced that everyone is biased. That might change in the future, of course. I don’t know…

If you disagree with this “everyone is biased” thing, I would like to hear your arguments. Please tell me about it in the comments section of this page.